I drove back up to the summit of the pass and then hiked from the road about a half mile along a ridge where I could see in both directions across the continental divide. The clouds were just below the ridge. 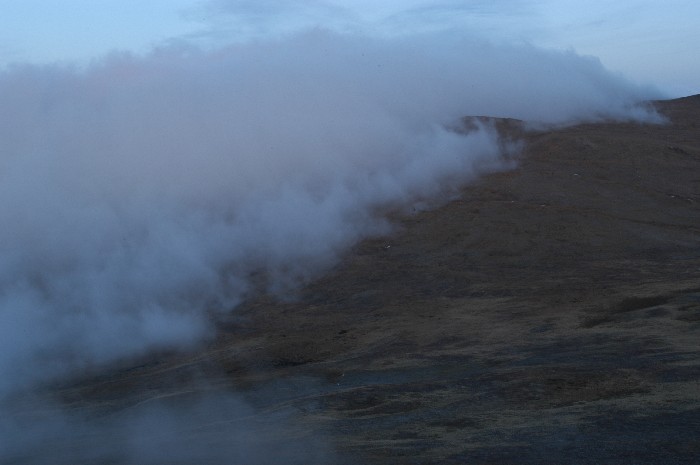 The layers of clouds were pretty spectacular at sunset, beneath the ridge were dark ominous clouds which were rushing by at incredible speeds. You could almost reach out and touch them. No; probably a better idea to keep a few feet away from the edge of the precipice. Couldn’t see the bottom of the valley, but had to assume it was pretty deep since it was… uhh, full of clouds.
High in the sky were streaks of lighter clouds that reflected the sunset behind distant peaks. 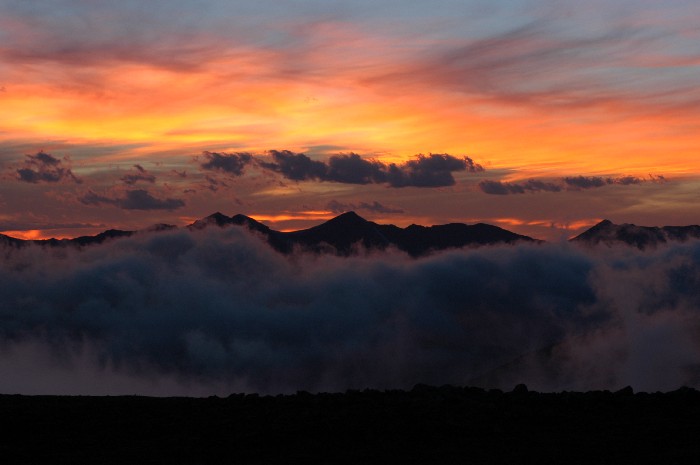 As the sun disappeared, when I looked to the east could see a dark blue band rise on the eastern horizon as the ‘shadow of the earth’ effect filled the sky, gradually washing out the pink clouds from east to west. 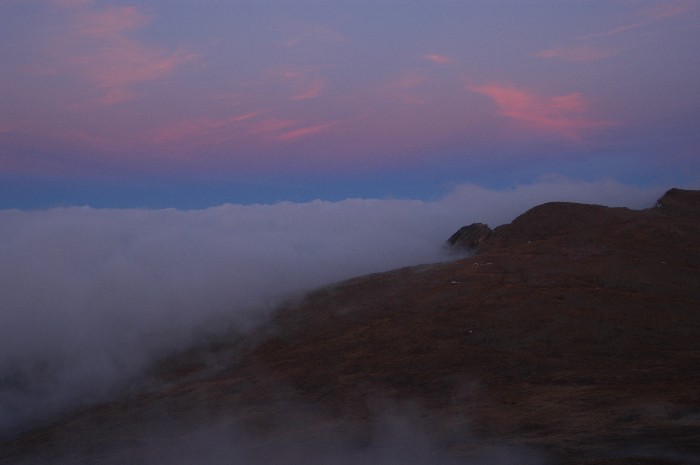 After dark, the temperature plummeted. The clouds started to engulf the higher peaks and the wind picked up. I wasn’t dressed for it, so hurried back to the car. Wouldn’t be good news to get stuck there in the middle of the night. It was in the 50’s when I started hiking. Got back in the car, and despite heat radiated from the engine which usually exaggerates the temperature towards the plus side, indicator said 29F. 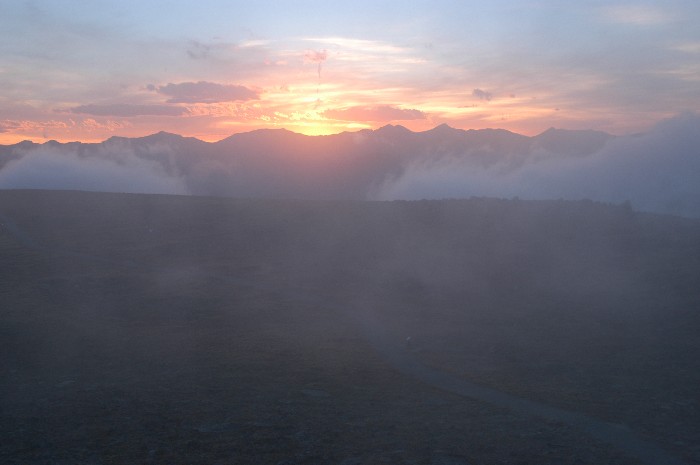 In the meadows below the pass.. 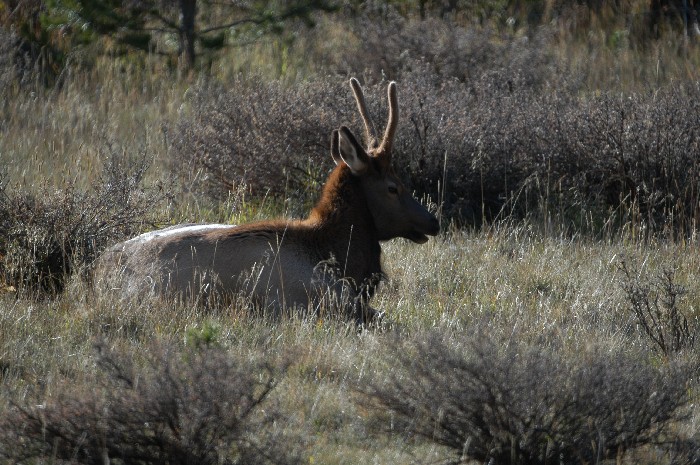 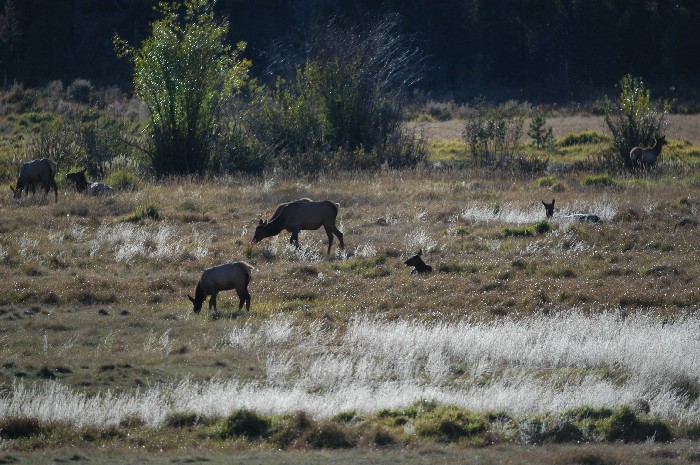